When I first entered the world of home ed and joined all the relevant Facebook groups, I was literally blown away by the sheer quantity of exciting trips and educational days out available, offering both an opportunity for mixing with new children and making friends, along with a chance for some hands on, multi sensory learning. These groups are full of proactive mums and dads keen to provide their children with experiential learning opportunities in the real world. So many in fact that you could, if you so wished, be out and about doing something fun and interersting every single day. And when we first left the confines of school, that’s exactly what we did. We joined every trip going, from Stone Age days, to Magnets & Motors workshops at the Royal Instiute, to visits to Kidzania, to walks in the woods. Life long memories were made, a vast amount was learned and a great deal of fun was had by all. And then we all collapsed with exhaustion!

These days I’ve learned to control my excited urges to sign up to absolutely everything (because let’s face it, who wouldn’t want to do a Midsummer Night’s Dream drama session in the woods or visit the Houses of Parliament or have front row seats to watch the Lion King!), get a grip of my ‘fear of missing out’ tendencies and only commit to what realistically the kids can cope with. I’ve realised that a few well spread out trips with time to learn about the topic in question before the day and space afterwards for them to assimilate their learning, is far more powerful for us as a family.

But when an opportunity to have a tour of Tower Bridge combined with the hands on workshop: ‘Crunching Codes and Raising Roads’ presented itself, organised by my brilliant friend Sarah, I knew it was something we could not miss. My son is obsessed with engineering and this would be right up his street!

In preparation for our trip, we took a break from our normal schedule and spent some time exploring all things bridge related. The opportunity to “travel down rabbit holes” and investigate random topics that we wouldn’t necessarily have considered studying, is one of the pleasures of teaching from home. These investigative forays are a regular occurrence in our household, as someone poses an interesting question or thought, or discovers something in a book that they’d like to know more about, and they often give rise to the most powerful learning.

In this case, we started by reading this lovely book about Tower Bridge and watching this documentary about its history. Next, we moved onto the bridge section of this book, learning about topics such as engineering, the physics of bridges, types of bridges, famous bridges and what happens when bridges collapse. They also loved tackling some of the hands on projects, such as investigating the strength of various shapes used in bridge building. 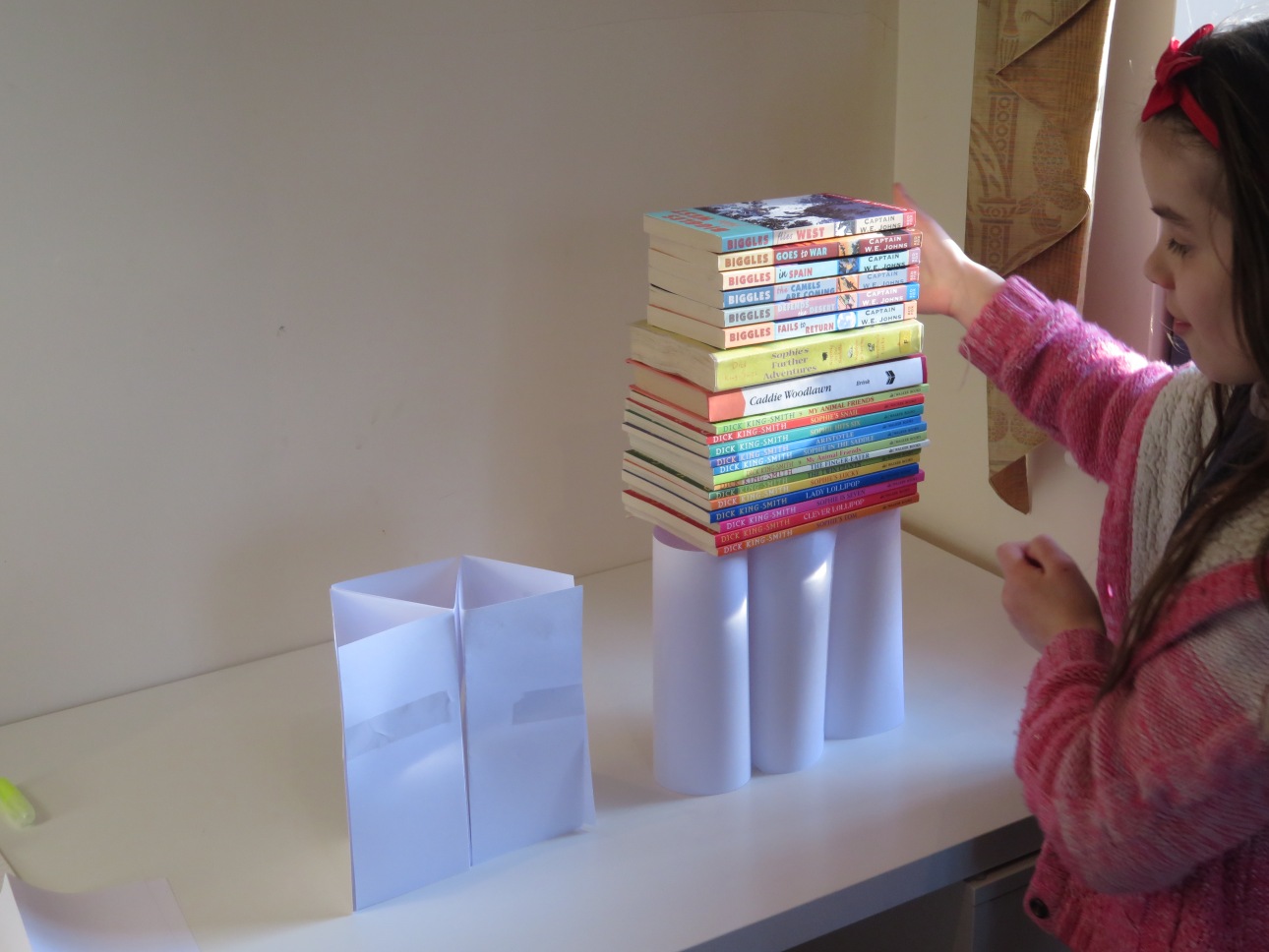 Then we remembered that Bean7 had received an Engino STEM Bridges & Buildings set for his birthday and they rushed off to retrieve it and start building! Watching them struggling to work together effectively to construct the arch, truss, cable stayed and suspension designs, afforded me another unexpected opportunity to help them with their team working abilities!

Last year, they were hooked on the BBC2 documentary: Astronauts: Do you have what it takes? In one of the episodes, a candidate, whilst working on a team exercise, ignored the rest of his group and forged his own path, convinced he was right. Needless to say, it was this demonstration of an inability to work with the group and bring them along with him, which was ultimately the candidate’s downfall. I reminded the children of this and remarkably, in this instance, they took on board what I was trying to teach them. They collectively worked on the building challenges, changing the tone with which they were speaking to each other, listening and responding in a much more productive way. I’ll be honest here and say that these types of intervention don’t always work; they’re siblings after all!

Afterwards, we decided to take our bridge building skills outside and, along with their local home ed group, attempted to erect a bridge structure across a stream. This was a completely child led activity, with no parental intervention. It was lovely to watch them working together, trying different ideas out and sometimes rejecting them in favour of a better solution. Even the older children got involved, providing the muscle to move some larger stones into position.

Our final preparation involved completing the Mystery Science lesson: What Makes Bridges So Strong? which included a practical challenge for them to design, test and improve a variety of bridge structures with only 2 pieces of paper, spanning a gap of 6 inches (we LOVE this science curriculum by the way). Fortunately, included within the curriculum was a lesson for the parents to show you how to assist your child through the process, and help them appreciate the value of failure in aiding understanding of how to improve designs. They spent all afternoon engrossed in making various models, testing to see how much weight they would hold and adapting them in the pursuit of the ultimate paper bridge!

All of this preparatory work gave us an appreciation of the truly outstanding feat of Victorian engineering that is Tower Bridge, and on the day of the visit there were three very excited people ready to go! Our day started with a tour in the engine rooms to examine the original steam engines, coal burners and accumulators that once powered the raising of Tower Bridge. I was taken aback by the sheer beauty of the engine, all pristinely painted, and the kids were fascinated by how it all worked to lift the two bascules (the two sides) of the bridge.

Later, the tour continued on the bridge itself and along the top covered walkways, where the children loved (and I hated!) the glass section you could walk/lay on and watch boats float and cars drive far beneath you. They also had fun spotting the various London landmarks and bridges from this wonderful vantage point.

The day concluded with a review of all they had learned and a very informative hands on session to build a model of the Tower.

The brilliant instructor then showed them how to write a code, which when downloaded onto the computer boards attached to their models, told the miniature bridge to open and close to a set time pattern.

It was the perfect end to a fabulous day and a fascinating delve into the world of bridges!