For a long time now, the Beans have been obsessed with the animals of the ocean – I think aided by a combination of their fascination with Blue Planet II, living near the sea and being awed by the corals, fish, rays, sharks and other underwater animals they were lucky enough to see at the Aquarium and on the coral reefs of Thailand.

Earlier this summer, the Beans and I went for a beautiful walk through the countryside and had a conversation about what they’d like to study when we returned to our more structured work at the end of August. Many things were cited from lapbooks about Australia, New Zealand and Indonesia to more chemistry experiments to a film making course… (it’s Bean7’s dream to be the new David Attenborough!). But top of the list for them both was a marine biology study and in particular an in-depth look at the animals found on coral reefs.

Over the last couple of weeks (I’m seriously late with my planning this year!), I’ve been looking into finding a marine biology course for them. Sadly though, the curricula currently available is mostly degree level and therefore not appropriate for my 7&9 year olds. On the flip side, many of the children’s books about the ocean are overly simple and don’t go into sufficient depth for their requirements. So, I’ve had a go at writing my own marine biology unit study, using some beautiful supporting resources I’ve managed to find.

I’ve had a few requests from people asking if I could share my planning with them and so here’s the link to the: Marine Biology Unit Study I’m intending on doing with the Beans, spread out over a 15 week period. It covers the following areas:

The study is a mixture of information and links to picture, identification, colouring & activity books to share with your children; questions to discuss with them and prompt their thinking; hands on experiments; and relevant videos. It’s fairly comprehensive and I know we won’t get through all of it; we may well end up dropping entire sections or diving deeper into other sections depending on their interest. At the end of the day, they don’t need to know any of this stuff, but if they’re interested, it’s there for them to investigate.

The work can be adapted for different ages. Bean9 for example is a very proficient writer and more importantly loves writing, so the idea of having a special journal for all her marine biology notes and drawings is massively appealing to her. She’ll no doubt want to show off her journal to family and friends, talking them through what she’s learned and reinforcing her learning at the same time without realising it!

Bean7 on the other hand is not a lover of writing, so whilst he’ll do some writing, he won’t do nearly as much as Bean9. I might for example ask him to summarise a section to check he’s understood, but then I’ll write it down for him. Or he might just focus on drawing the animals and plants, something which he loves to do. This way, he’ll be able to show off his journal to family and friends when Bean9 gets hers out (which is inevitable as they’re both hugely competitive with each other…).

Bean7 tends to learn through talking things through with me rather than writing them down. He likes to listen to a story/factual information and then discuss it with me, asking millions of questions to aid his learning process. The trick is to turn the questions back on him and help him get to the answers himself rather than just telling him the answer straight away. I’m aiming to sit with him and spend longer on the discussion elements throughout the study, whilst Bean9 is writing up her journal.

The unit study uses various supporting resources – some of them I’ve highlighted below, but all others are linked in the document:

Aside from the experiments included in the unit study, we also plan to do various other types of practical, more hands-on learning.

We kicked off our study with a visit to the excellent Sea Creatures exhibition (on in London until the end of August and then moving to Scotland, Yorkshire and then N. Ireland by December), which gave them a fascinating insight into the internal and external structures of some magnificent underwater animals from minke whales to manta rays, along with a whole host of interesting facts for them to absorb. For example, we discovered that sharks’ teeth aren’t anchored by roots like our own and they lose one tooth per week on average, but because they exist in rows, another tooth is able to move forward, like a conveyor belt, and replace the missing one within a day! Amazing! The exhibition also includes a free app to download; the children used this to scan barcodes of 24 key animals on site giving them access to information cards about these creatures that they’re now free to study at home. These will definitely be incorporated into our unit study.

We also intend to visit the Sea Life Aquarium in London at the end of the unit study, once they know a little more about the ocean dwelling animals they’ll see there, and hopefully attend their Underwater World Tour educational workshop. The Life in the Dark exhibition at the Natural History Museum (on until Jan ’19) is another hands on experience on our list, which, along with terrestrial nocturnal animals, includes a bioluminescent display and a look at the weird and wonderful life which flourishes in the dark parts of the ocean, such as the Mexican blind cave fish who don’t need eyes to navigate.

In addition, we’re lucky enough to live near the sea, so we’ll go rock pooling as often as possible to spot and identify some of the UK aquatic animals in the phyla mentioned above, using this excellent book as our guide:

And finally, the whole unit study is really designed to prepare them for our big trip next year. We’re fortunate to be able to take an extended excursion to New Zealand, Australia and Indonesia – the trip of a lifetime! We’re so excited 🙂 Top of the desired places to visit for both children was an excursion to the Great Barrier Reef, but in addition we’ll be spending a week on Hoga Island Marine Research Station off Sulawesi, Indonesia, one of their Grandad’s Operation Wallacea sites. Here, they can spend a week snorkelling (and possibly doing a Bubble Maker PADI diving course) and seeing first-hand the animals they’ve been learning about, along with attending some of the marine biology lectures on at the time (they’ll be pitched at undergraduate level though so possibly a little advanced for our Beans, but I’ve learned never to underestimate the power of a motivated child!).

I’m not sure there’s a better way to learn than by having the time and space to explore a topic you’re fascinated by, in preparation for an adventure to places you dream about, so that when you get there, you can more deeply appreciate those first-hand experiences. 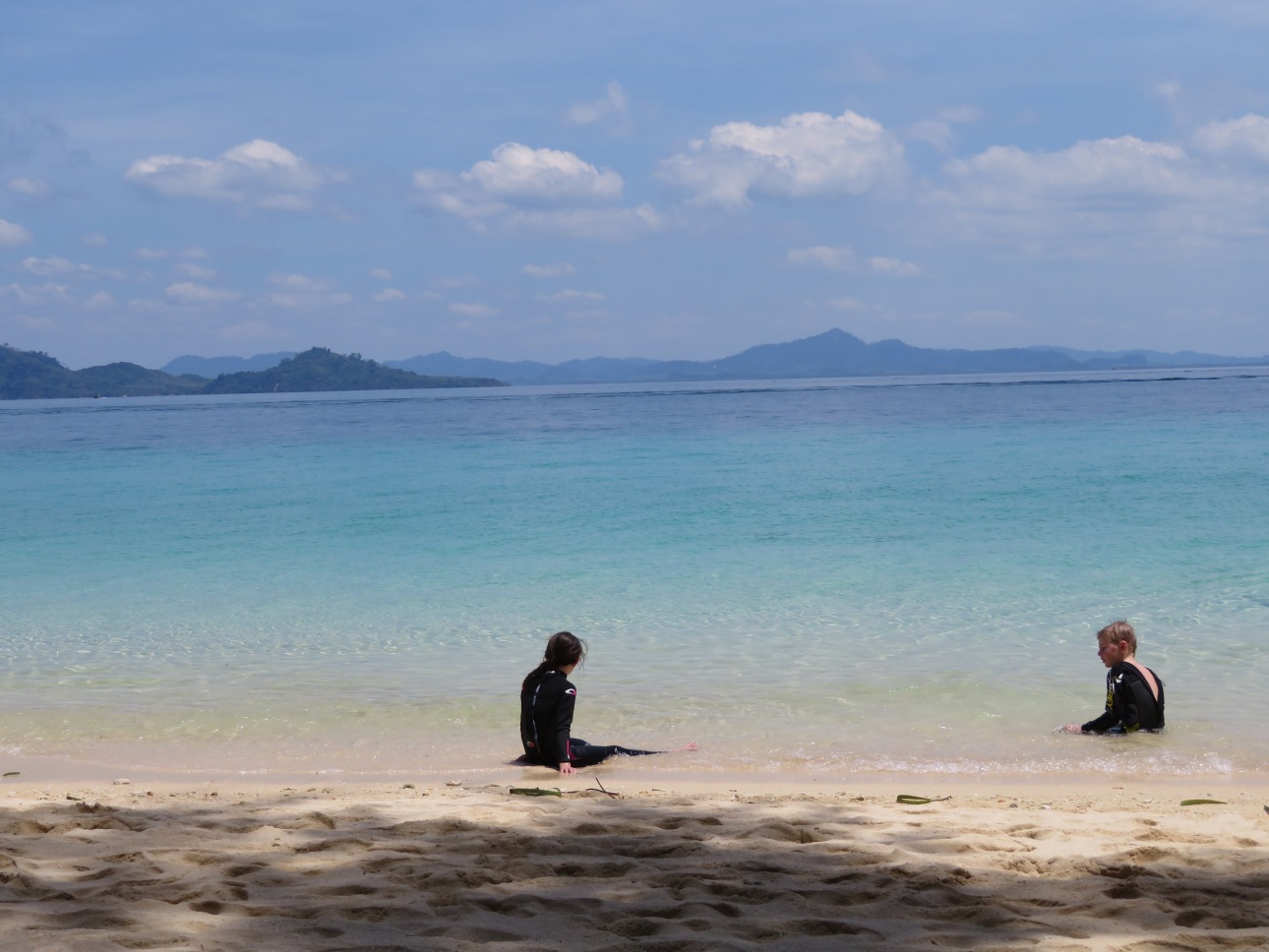